LR – What position do you play?
HP – I play most positions on the field, but this summer I will be playing mostly left forward and left outside mid. I enjoy playing these positions because I have more opportunities to score (I grew up playing only defense)

LR – What’s been the highlight of your soccer career?
HP – The highlight of my soccer career was my junior year in high school. I was playing defense at the time and whenever we played a team with a standout player, my coach would have me man-mark her. It was so fun to mark the other team’s best player and shut her down!! Definitely a fun year! We also made it to the regional finals that year which was amazing!

LR – I noticed you played for SA United and Churchill, are you a native San Antonian? How do you like it here?
HP – I was born and raised in San Antonio. I love it here. From my club team SA United to my HS team Churchill, I have always felt a sense of pride playing for my city! 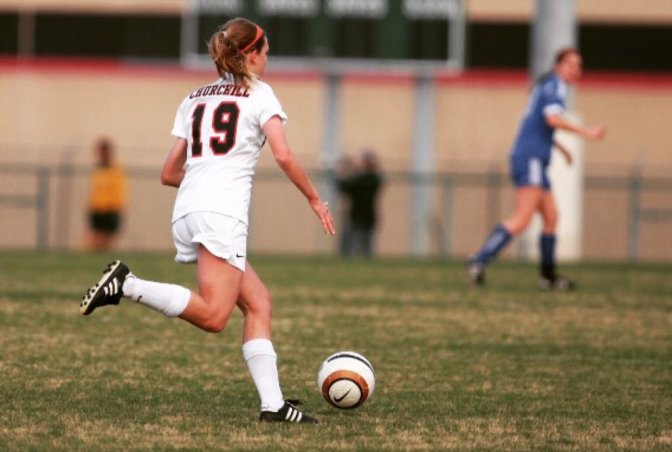 LR – Why did you choose the Sambas?
HP – I chose the Sambas because I played for Auggie growing up at SA United. We have a great relationship and understand each other really well.

LR – Tell us a little more about Baylor? You play soccer there? What are you studying?
HP – I’m graduating from Baylor in May 18 with a degree in education. I have been on the club team all 4 years and the past two years I have been a captain. Through this team, I have grown in my confidence and I have learned to play many different positions. 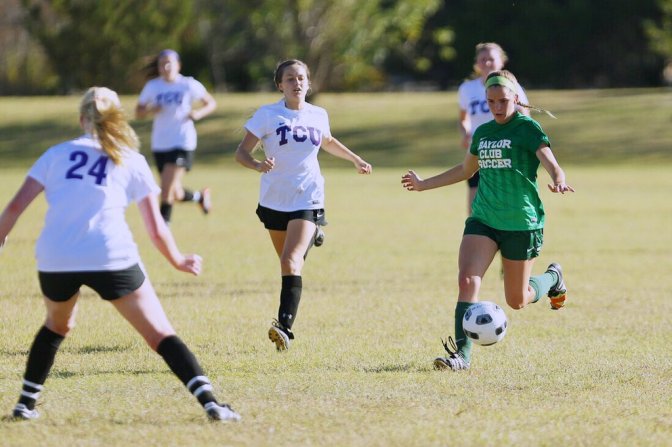 LR – How is the team shaping up?
HP – I haven’t been with the team much since I’ve been at school in Waco, but I’m excited to see the girls we have on the team and I know this is going to be a great season for us.

LR – Who is going to be your toughest competition?
HP – I haven’t heard much about any of the teams but I think our hardest competition will be from the Olympians. We just played them in a friendly. They have been conditioning and practicing together for a while so they have an advantage over us who have a lot of our team members away at college.

LR – What do you think will be the biggest difference playing for the Sambas compared to playing for the Athenians?
HP – Samba is focused on developing players while Athenians care about winning at whatever cost. I’m excited to be part of a team that is going to develop players and give them time to grow!

LR – What are your future plans?
HP – Starting in August, I will be an 8th grade math teacher at Robinson JH in Robinson, TX (basically Waco). I will also be an athletics coach, with my two teams being 8th grade volleyball and HS soccer assistant coach!

LR – Reflecting on your Women’s Day quote (“Growing up I watched Mia, Brandi, and Abby play soccer. They showed me that playing soccer was more than just a game I could play as a child. I am so grateful I had them to look up to and I look forward to being a role model for young girls in San Antonio. You can do anything you set your mind to! Happy International Women’s Day!”) and that it’s a Women’s World Cup year, what is your favorite USWNT moment?
HP – I’m not sure I have one favorite USWNT moment, but one that comes to mind is when Carly scored her goal from basically midfield. Insane talent and such great awareness!!!!