Seeing rainbow numbers printed on the back of players’ jerseys has become pretty commonplace, part of the soccer culture, like scarves or pink night for breast cancer awareness. More than these other traditions, Pride night has some social and political ties. Rainbow jersey numbers are worn on Pride night representing lesbian, gay, bi-sexual, transgender, and queer (LGBTQ) awareness. We want to use this space to explore and bring some understanding to this topic, touching on some history and key moments.

June is dedicated LGBTQ Pride Month and was celebrated as far back as June 1970. Celebrations started out in remembrance of the Stonewall Rebellion that occurred in 1969. 2019 marks the 50th anniversary year. In more recent history, June is also the month that same sex marriage was legalized. June is definitely the right month to celebrate and share awareness with the LGBTQ community. The celebrations can often include parades, picnics, concerts or sporting events as a way to highlight the history of LGBTQ advocacy, the diversity of the community, and contributions of significant LGBTQ individuals as well as serve as a reminder of those lost to HIV/AIDS or hate crimes.

Decades ago homosexuality was illegal and an imprisonable offense. NYC held homosexuality a criminal statute, making it illegal to wear 3 pieces of clothing that were ascribed to the opposite gender. Many in the LGBTQ community found sanctuary in bars and clubs where they were free to express themselves. The Stonewall Inn in Greenwhich Village, one such club, was raided by police on June 28, 1969. Thirteen people were arrested. Unrest began to build, leading to riots. For five days thousands of people rioted. The Stonewall riots are viewed as a catalyst to start the gay rights movement, hence why it’s an important event to be remembered and bring awareness to the cause. (https://www.history.com/topics/gay-rights/the-stonewall-riots) 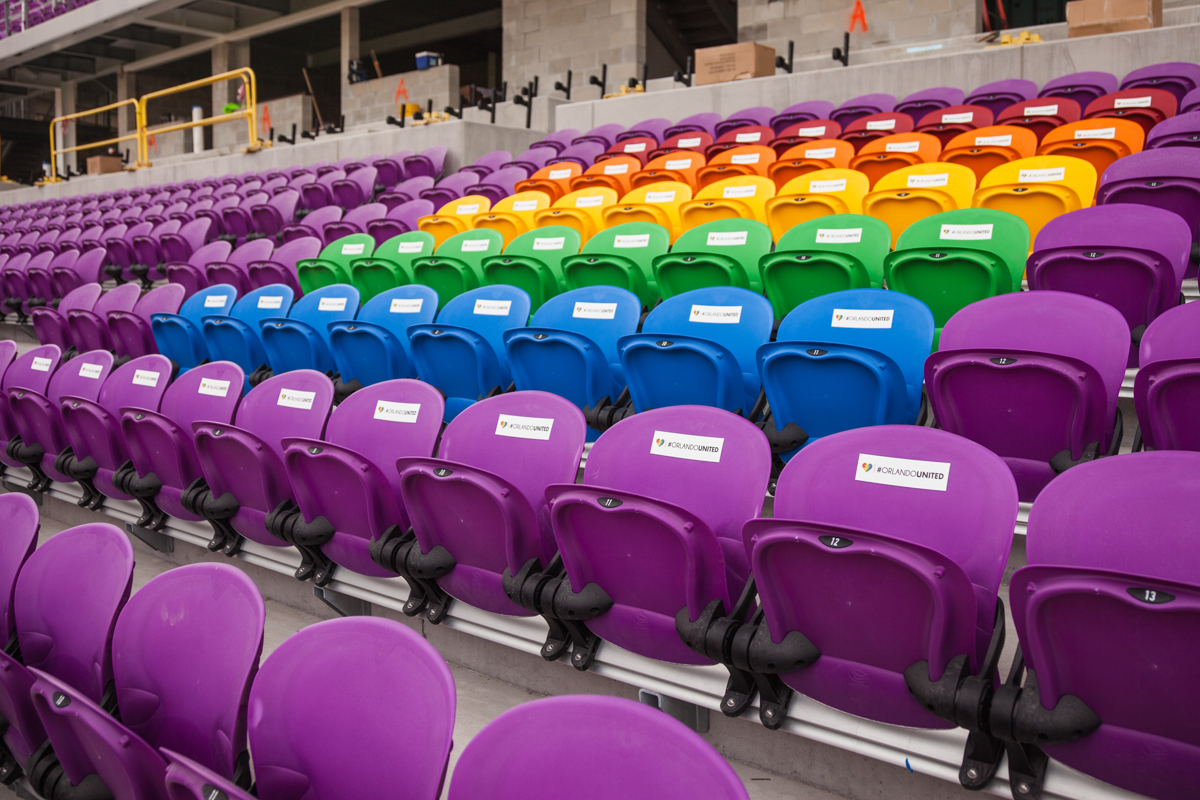 A more recent event reminds us that despite significant strides that have been made advocating for LGBTQ acceptance, there is still further to go. The Pulse Nightclub shootings had a significant impact on the Orlando community. Regardless of labels, these were human lives that were snuffed out too soon, many young vibrant lives. In response to this tragic event, close to home for Orlando City SC, the team has dedicated a section of 49 rainbow seats at Orlando City Soccer Stadium of 49 seats, one for each victim. #OrlandoUnited

In 2018, 17 of 23 MLS teams and 8 of 9 NWSL teams held Pride Nights. Rainbow jersey numbers, corner flags, special merchandise and special events were planned. Recently, minor league soccer has slowly started to embrace this, Louisville FC and Reno 1868 to name a few. 25 MLB teams hosted Pride Night in 2018. NHL and NBA teams are continuing to increase their support, and now more teams are adding Pride Nights to their calendars. The San Antonio Spurs have a Pride collection of merchandise. In an article on January 18, 2018 in The Daily News Greg Popovich, head coach of the San Antonio Spurs, talks about social equality and Pride Night: “I think that it is unimportant to have to do it for a reason other than it’s a good idea, And making sure that we all understand that there are social issues in the country that can be addressed, should be addressed is the reason why you do it. It’s not necessarily because of a certain individual. Whether it’s honoring the military, communities, LGBT community, it doesn’t matter. You have a responsibility and a platform, to use it is wise and responsible.” 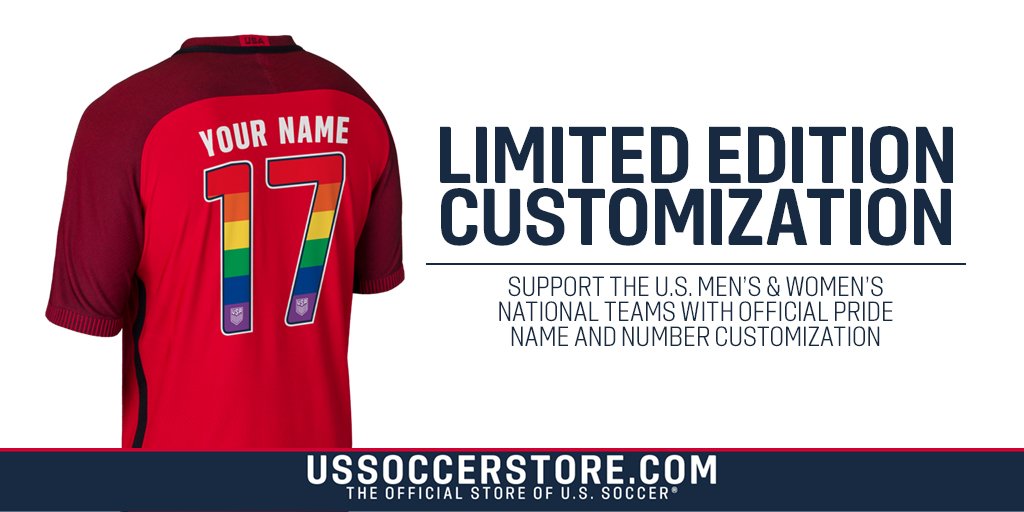 USNT slogan “One Nation. One Team” is a key tenant around an idea of unity of cultures, races, creeds, and gender orientation supporting soccer and the country we reside in. It is well known that several high-profile players on the USWNT are openly gay, including retired star Abby Wambach and current star Megan Rapinoe. Homosexuality is more open on the women’s side of the sport. In 2013 Robbie Rogers, formerly of MLS’s LA Galaxy, openly came out as gay. He was the FIRST openly gay man to play on a professional sports team in North America. Celebrating Pride awareness has not been universally embraced, however. Christian soccer player Jaelene Hinkle took a stand for her religious beliefs, declining a call up to the USWNT senior squad. In an interview with the 700 Club Hinkle shared her perspective: “I just felt so convicted in my spirit that it wasn’t my job to wear this jersey. I gave myself three days to just seek and pray and determine what He was asking me to do in this situation… I’m essentially giving up the one dream little girls dream about their entire life and I’m saying no to it… I think there’s where the peace trumps the disappointment. I knew in my spirit I was doing the right thing. I knew I was being obedient.”

Pride Night still has a long way to go to become the established institution that Breast Cancer Awareness night is, but it is becoming more widely accepted across all sports leagues. Unlike race, religion, age, or marital status, sexual orientation and gender identity is not explicitly protected under Federal Law, although recently, the EEOC has taken the position that LGBTQ discrimination is a form of sex discrimination under Title VII. Discrimination persists still. Everyone deserves to be able to rent a house, have a job and be educated regardless of sexual orientation. It is for this purpose that awareness must be transformed to realization and action. We may not agree with other people’s religion or race, but there are basic equalities we all share. Pride nights help remind us of these ideas. But ultimately like Popovich said, “It’s a good idea.”