Nicole Galan is a name that is familiar with women’s soccer fans in San Antonio. Galan plays for the UTSA women’s soccer team, played for the Athenians in their first season and is now a key component to the Alamo City SC WPSL team. Get to know her here.

LR – How does it feel to be back in the WPSL?
NG – Being back in the WPSL feels like a breath of fresh air. After taking the semester off from soccer to study for the MCAT, the WPSL reminds me how much fun I have playing soccer and competing at a high level. It’s a great segue into my season with UTSA this fall.

LR – Why play for Alamo City SC?
NG – Alamo City SC is run by a great staff of coaches who love the game, but most importantly, they love their teams and pour themselves into the growth of their players. The girls on the team are very friendly, humble, and make great role models for the club’s youth teams to look up to.

LR – You were the first signing, what was that like?
NG – It was a total honor being the first to sign. I was not expecting it at all, but I felt very grateful for the opportunity to have a part in one of many “firsts” to come for this team throughout its inaugural season. As more girls began signing on, it was exciting to witness the team being built up as the roster grew, until we actually had a complete team.

LR – Will you be captain?
NG – I will have the privilege of being a captain this season. Once again, it’s another great honor to be asked to fill this role. I’m so grateful and encouraged by the other girls on the team who also step in to lead us, regardless of titles. From them I learn how to become a better leader, soccer player, and friend. They remind me that my team stands with me in every challenge we face and that I can count on them for help. It’s humbling to know how much my teammates and coaches believe in me and support me, and I’m excited for the opportunity as a captain to show them how much I believe in them and support them too. I hope I can be as encouraging to them as they have been for me.

LR – What was a key moment from playing with UTSA?
NG – A key moment playing with UTSA was right after a game we actually lost in overtime. It was an extremely tough loss against FAU. As we gathered around our coaches for our post-game talk, most of us were teary eyed and all of us were overwhelmed with heartbreak. I’ve never sensed our team feel more defeated. In that moment, looking around at my teammates and coaches, I realized that the only way for a loss to hurt that bad is if you can honestly look every person around you in the eyes and know, without a doubt, that all of them gave 110% of their bodies, hearts, and minds with all their energy, strength, passion, and love. We could neither be disappointed with our individual performance nor each other’s. Our hearts were broken not because we lost, but because we knew we had done everything we possibly could, and, unfortunately, it still wasn’t enough for that game.

This was a key moment because it demonstrated the meaning of true sacrifice and marked incredible growth as a team. It’s easy to love your teammates when you win, but the ultimate test of love is when you lose, after sacrificing everything, and would still choose to trust those same exact teammates to go with you into the next battle. That moment proved we were a real family.  Like a strong family does, we came back a couple days later to win our next game against Marshall 2-0.

LR – How did you start playing soccer?
NG – I started playing soccer with a little CYO team when I was 5 years old. Interesting fact: we were called The Roadrunners. I suppose I was always meant to be a Roadrunner, now and forever. I grew up watching my older brother play soccer. I watched his games, and practices, and he would always kick the ball around in the backyard with me and our other siblings. He’s been a faithful brother and coach to me all of these years, so I think I just took after him.

LR – Have you always played midfield? What’s your favorite position to play?
NG – I started out playing center back until high school when I was converted to a center midfielder. I think my favorite position has to be center midfield. I love the creativity involved with play-making and ball distribution. Stringing sleek passes together to get out of tight defensive situations or to create a deadly attack like creating a brilliant master-piece. When our team executes it well, it gives me chills!

LR – What are you looking forward to this season?
NG – This season I’m looking forward to developing friendships with my teammates and seeing how we improve each practice and game. Because we’re a brand new team, many of us have never played together, and we’re still learning about each other as people and players. It will be rewarding to see how far we will have come at the end of the season.  I’m also looking forward to all the ways this season will prepare me for the fall season at UTSA that I am very excited for.

LR – What team will be your biggest competition?
NG – I think our biggest competition will be ourselves. Overcoming the challenges of being a new team with lots of young players requires patience, determination, and hard work. This will be important for our growth and in competing against older, more experienced teams in the league.

LR – What is your degree in? What do you want to do with it?
NG – I graduated from UTSA with a bachelor’s degree in Medical Humanities, and this summer I am starting my MSB degree at UTSA. Afterwards, I plan to continue on to medical school.  One of my goals is to volunteer with Doctors Without Borders as a physician one day.

LR – Favorite USWNT moment?
NG – My favorite USWNT moment was during the 2011 World Cup in Germany. I was blessed with the opportunity to go on a trip there with my soccer club, and we got to watch the USWNT beat France 3-1 in the Semi-final. I remember we had paint all over us, made signs, and lost our voices cheering and yelling from start to finish of that game. At the final whistle, it was so unreal getting to be so up close to all those players as they walked around the field signing autographs and shaking hands with the fans. Words cannot describe the excitement of that atmosphere. 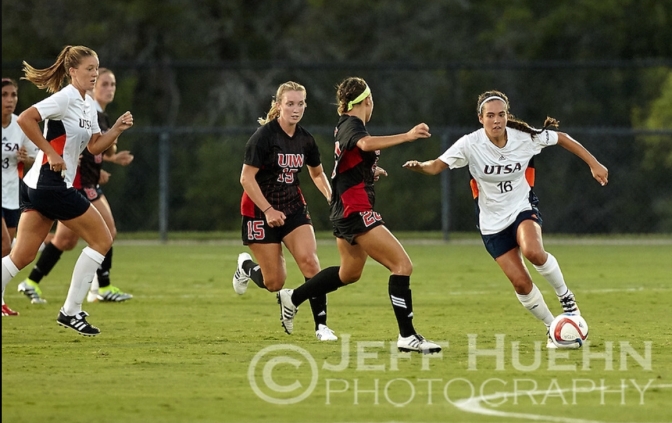 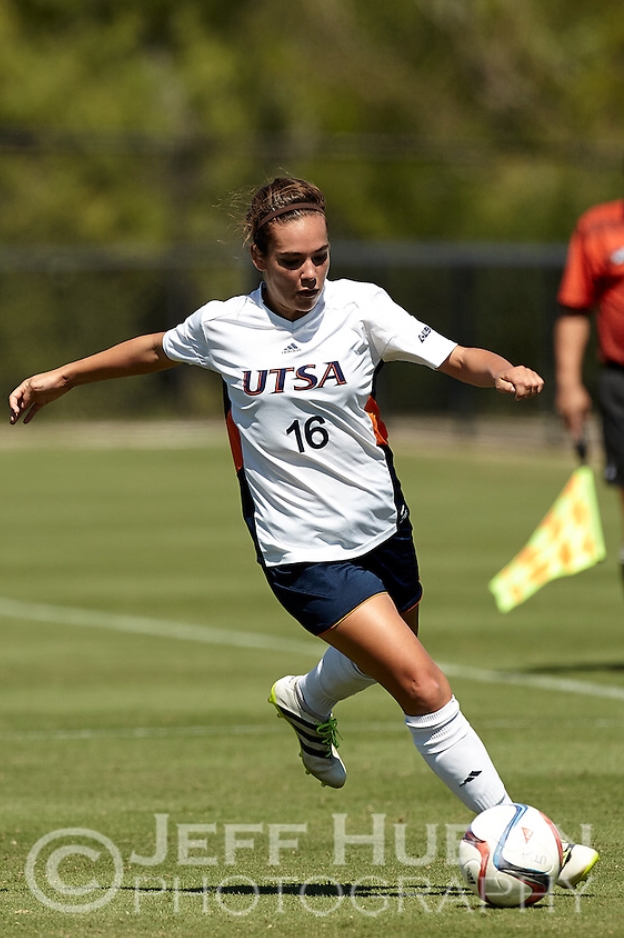