Everyone has been asking for a regional competition in South Texas similar to the Cascadia Cup. The chatter has been buzzing recently as every day brings teams closer to kick off of the official USL season. Fans in Texas are ready to renew old rivalries and fire up some new ones. The only thing bigger than Texas is the pride of its residents. Cities rival each other for claim as to who is the best in every aspect, from sports, culture, food, to population. One only needs to ask the question of who invented the breakfast taco to see Austin and San Antonio residents puff their chests. This year there are four South Texas teams in the USL Championship division: Austin Bold, EL Paso Locomotive FC, Rio Grande Valley Toros (RGV), San Antonio Futbol Club (SAFC). Each will vie for bragging rights to be the Best in Texas. 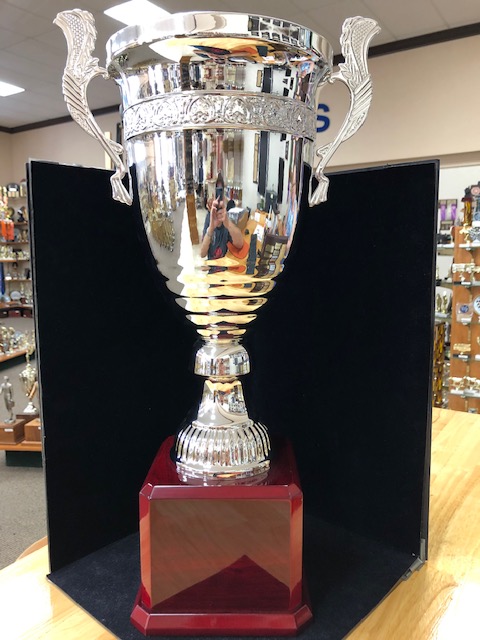 Organizing the Copa Tejas has been in the works for several weeks. The San Antonio organizers, Steve Arters and Danielle Gawronski, wanted to have details (name, trophy, website, communication with clubs and supporters groups) sorted before officially making the announcement. The format is framed after the Cascadia Cup (Portland, Seattle, Vancouver). This is not an independent tournament with additional games, but points will be earned based on regular season head to head results. Wins will earn three points, draws earn one point, and losses zero points. The team with the most points is the winner and will receive a trophy that will be handed off to the next winner the following year. More importantly, the winning team gains legitimate bragging rights.

“SAFC’s Supporters groups, including Mission City Firm, the Crocketteers and 210 Alliance, will be coordinating with supporters of the other three Texas teams to make the first-year trophy run a memorable one.” the news release states. 8th Notch in El paso and RGV Stampede have embraced the Cup and are as excited as SAFC supporters to kick it off. Organizer Danielle Gawronski added she couldn’t wait to see how the teams’ supporters are going to have “fun developing the rivalries.” “Now the so-called state champion receives a trophy to signify a great accomplishment and that team’s supporters can celebrate with bragging rights,” she said.

SAFC and RGV have an established a rivalry. Fans from both teams have traveled to the opponent’s stadium. Social media exchanges have involved taunts, heated exchanges, attendance stats, and occasionally pie charts.

With San Antonio and Austin being the closest in distance, this will be the most anticipated match for fans. SAFC fans are already buying tickets for that away game, as SAFC are the opening competition for Austin Bold at their new field, Bold Stadium. There won’t be a gray area on who is the best with the Copa Tejas able to answer that.

El Paso rounds out the fourth team in South Texas. It is the farthest city of the four, ten hours from RGV. Several fans made the preseason journey to SAFC. There may be limited traveling by fans in the beginning, but social media will make it feel much closer. That won’t stop a rivalry. The on field competition began with the two teams’ first matchup in a preseason friendly at SAFC as both teams were playing fiercely. One well placed social media comment will bring El Paso into the thick of the rivalries.

The Copa Tejas will encourage fierce competition—on the field and behind the keyboard—but also camaraderie. Supporters attending matches will be invited to each others’ tailgates, raising beverages together in celebration of the beautiful game to unify under the umbrella that Texans truly love soccer. It will also be a platform to elevate the the visibility of Texas soccer. Copa Tejas will show that Texas truly is the best in the league.